Later it became the Pacific Centre’s Golden Gate Region with the primary function of supporting Healey activities in the San Francisco Bay Area in conjunction with the Central Valley Region.

The Golden Gate Austin Healey Club has a membership of over 180 concentrated in the San Francisco Bay Area and the Central Valley.

The club has also expanded beyond these areas and now includes members in Northern and Southern California, Nevada, Idaho, Australia and Europe.

The Club is run by an all-volunteer group of officers elected at our annual business meeting.

The Golden Gate Austin Healey Club is a group of people interested in the enjoyment of Austin-Healeys. Membership is open to all, and ownership of a Healey is not required. 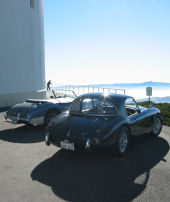 Healey’s resting after
the drive up to Mt Hamilton

The Club is a resource that helps members to maintain and enjoy Austin-Healeys.

The Club also provides and supports Healey driving events in Northern and Central California, including the hosting of the OpenRoads Healey International meet held in June 2002 at Lake Tahoe to celebrate the 50th Anniversary of the first Austin Healey–the 100. 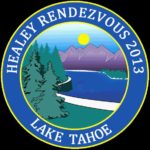 The OpenRoads 2002 International was the largest Healey event ever held with close to 700 Healeys participating. The club hosted a regional OpenRoads meet at Tahoe in 2004, 2006, 2007 and Rendezvous 2009 in Jackson, CA. GGAHC hosted the Rendezvous 2013 at Lake Tahoe, and the International Healey Week 2017 in Monterey, CA. 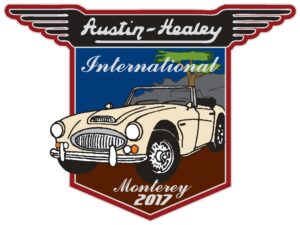 GGAHC publishes the Healey Happenings newsletter 10 times per year.  The newsletter is sent to all members and recent editions are posted in the members-only section of this website.  For a sample, click here.  To see all editions, join us!

If you are already a member, please log in here. If you want to become a member , please follow the links on the Join Tab
↑